I had my niece up for the day today and she brought her Irish warband with her for a game against my Welsh. After flicking through the new Book of Battles, we settled on the Tale of Challenges scenario.
Pretty cool scenario in my opinion. After set-up but before deployment each player gets to issue challenges to their opponent from the table provided in the book. There are 12 challenges all up and each has a x/x point system (ranging from 3's to 8's) where if you fulfil the challenge you get to add x to your total, but if you fail to fulfil the challenge you deduct x from your total. So you need to think very carefully about which challenges you issue because if you fail them, it can swing the game out of reach, even if you were ahead on massacre points. 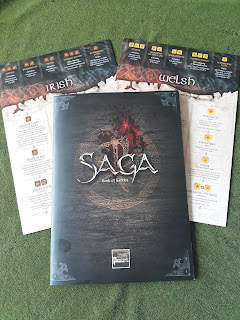 A 6 point game with the lists as follows: 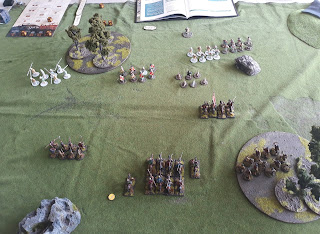 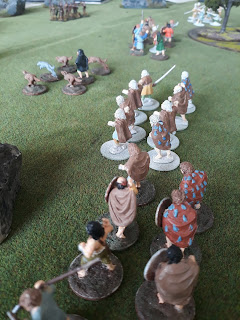 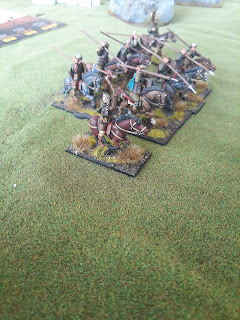 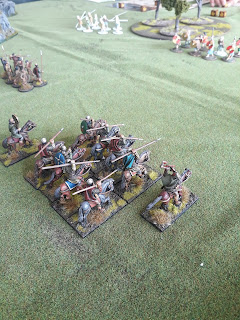 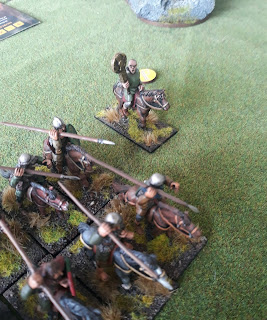 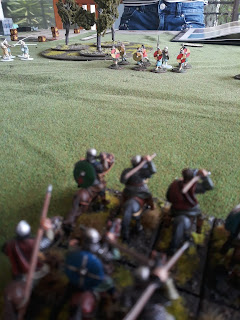 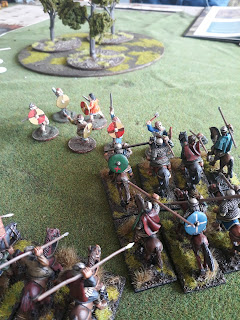 CHARGE!  ..after peppering with javelins of course.. 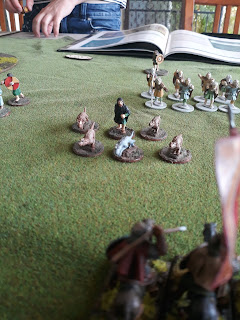 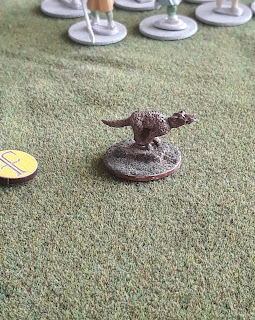 A fun game finishing up on turn 5 with a decisive victory to my Welsh. Arwen wasn't able to fulfil any of her challenges and I was able to fulfil both of mine adding to an already hefty massacre point score.
I was really impressed with how she went about the game tactically and was even more impressed with how neat her painting has become. A formidable Warlord in the making that will only get even more fierce with more games under the belt. My brother's Vikings better watch out!