Fistful of Lead - The Return of Lucky Nate West!

Today my Uncle, Brother and I got together at my Uncles house for a Western Gunfight. It had been well over 10 years since we last played a Western together and in that very last game,  the Outlaw, Lucky Nate West (me!) narrowly escaped the law by jumping from the roof of the saloon, mounting up and riding away with what was presumed to be fatal injuries and never to be seen again.....Until today!

The Scenario was that Nate West and his gang had just robbed the National Bank and had two points of escape; Get back to the stable where Stumpy was watching the horses, or get to the other end of town and catch the Midday train. The Robbery went smooth but the escape was quickly foiled when the Deputy Sheriff was on his rounds, passing the Bank just as the Gang was about to make a break for it..He raises the alarm and starts shooting!...things went downhill, fast!

A massive Gunfight quickly erupted and The Nate West Gang was apprehended by the Sheriff and his Deputies, All but Nate West were shot dead. West was arrested and and sentenced to hang in two weeks. The body of the Phoenix Kid (the youngest of West's gang) was not recovered....

Will this be the last we see of Lucky Nate West?.... stay tuned.

We used a great, easy to learn set of Rules written by Jaye Wiley called "Fistful of Lead". I highly recommend these as a fun and fast paced set of Gunfight rules and would imagine they'd be perfect for conventions etc. 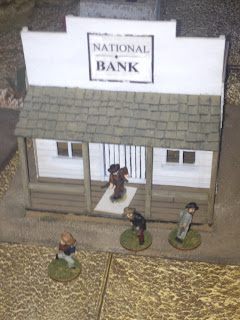 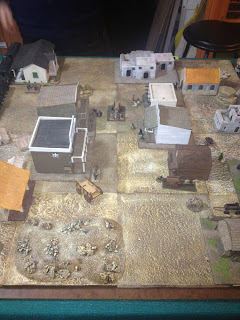 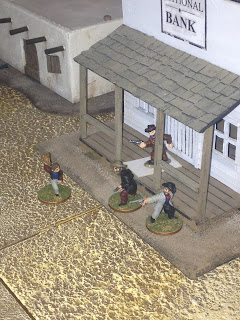 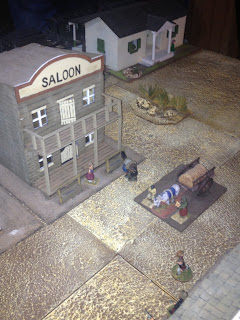 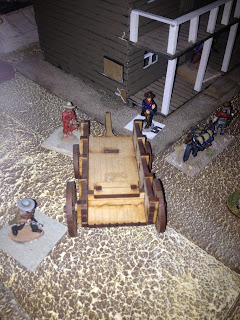 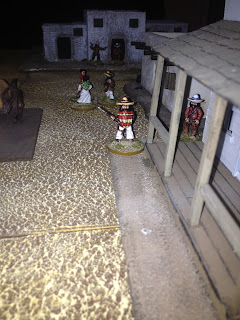 The Mexicans arrive on the scene in a bid to intercept the West Gang and take the loot! 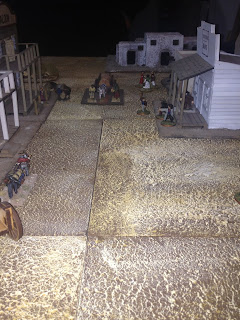 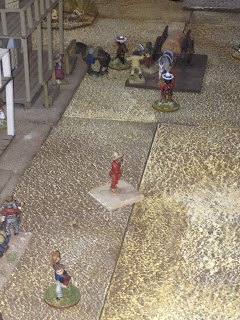 The Sheriff springs from his slumber, grabs his pistol and heads into the fray. 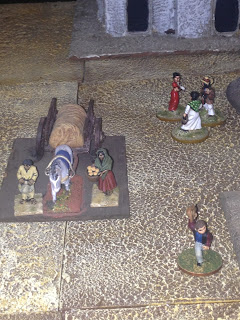 A young boy sees the shoot-out at the bank and runs screaming down the street. 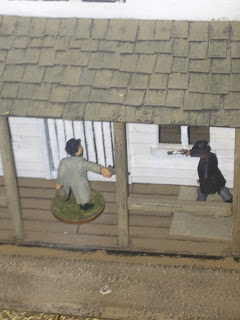 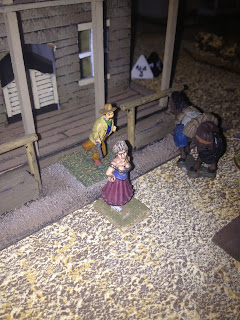 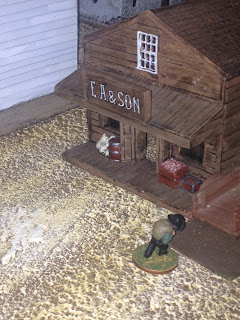 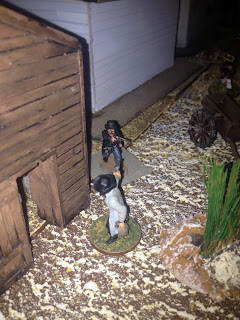 Lucky Nate West turns and kills the pursuing young Deputy just minutes before he passes out from wounds and is arrested.

For a few more shots and a great write up of the games events check out The Lucid Gaming site.

With School Holidays upon us we organised a game of Saurian Safari! for the kids. My Brother and his two daughters where up against myself, my Son and my Daughter in an adventure to collect some rare plant seeds for their respectable employers!  Here's a few shots of the game which made for a fun day. Luck was with me this day, and my team of adventurers made it back to the boat with the most seeds.  For the full write up and more photos you can visit the Lucid Gaming blog 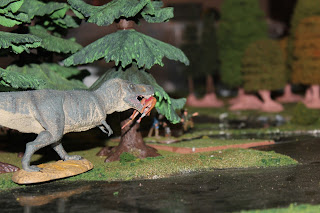 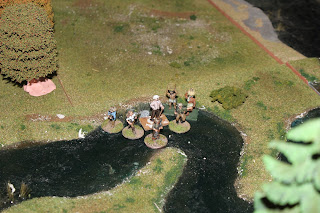 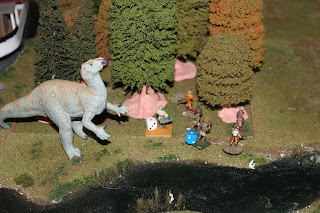 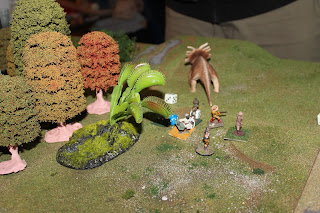 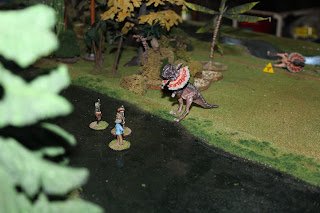 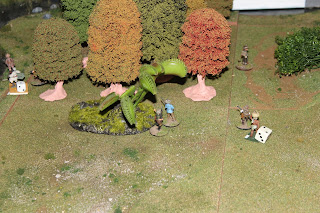 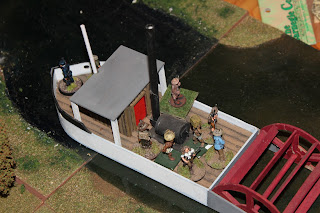