All figures are from Legio Heroica's Holyland range and are greatly detailed for 15's. I bought both the Crusader and the Ayyubid army packs as a cost effective way to get two basic armies onto the battlefield. I couldn't be happier. Postage to Australia was reasonable and as mentioned before in another post, anyone from Oz looking to get some miniatures from Legio Heroica really should do so, they have outstanding international service. 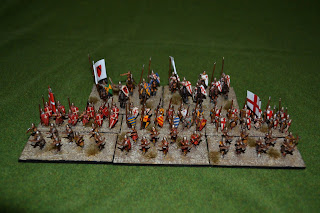 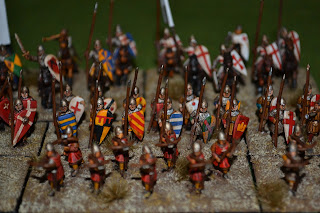 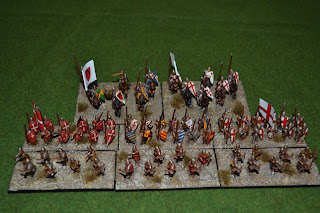 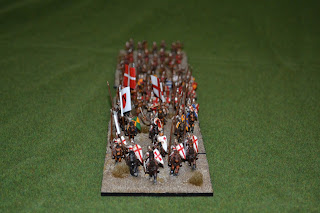 I've just got to finish basing the Ayyubids and will post up their list and a few pics before the first battle.

Saxons!, On to Brunanburh!

I've finally managed to get the Anglo Saxon army finished (although i still may add a couple more units!) for our Impetus and Piquet game's coming up this Easter.  The figures are mainly Crusader with a few other manufacturers in there as well. I will probably throw together a camp and a command stand (or two) with the left over figures that I have. The Army (which has been scaled down) represents the forces of King Athelstan and his brother Edmund who fought a combined Norse-Celtic army led by Olaf Guthfrithson at the Battle of Brunanburh in 937. 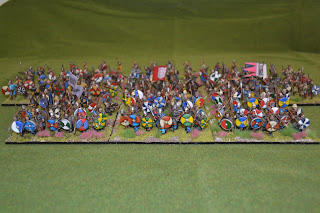 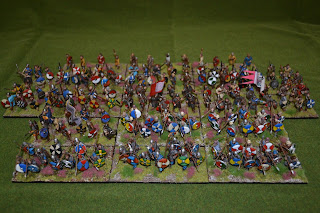 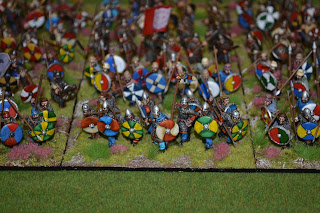 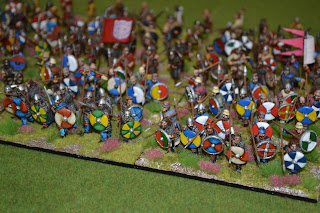 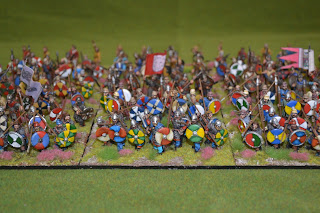 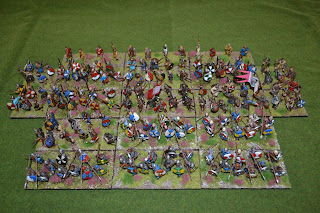 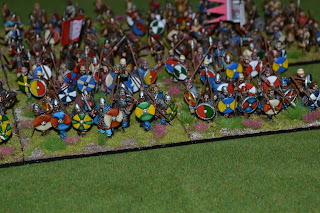 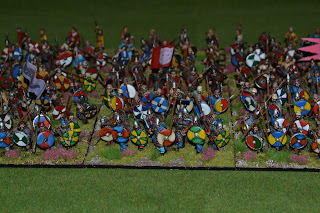 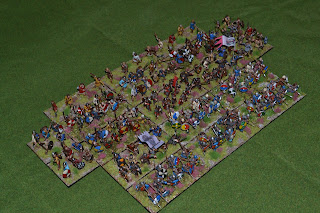 I do have to say cheers to Matt from Storm and Conquest, I picked up the start of this army from him and he also helped get a few more units together. Go check out his Blog for more historical goodness!
Posted by Nate at 11:19 am 2 comments: