A few shots from the Bolt Action game I had with my Brother the other day. 850pts and rolled up Top Secret for the mission. The game was a good one that included poor rolls to bring our troops on from reserves, less than average rolls for Tank fire, and a botched Artillery bombardment on my part! I think the Artillery mishap is what cost me the win in the end with the game ending in a draw. My Brother wrote a great batrep over on his blog here. 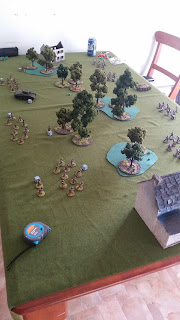 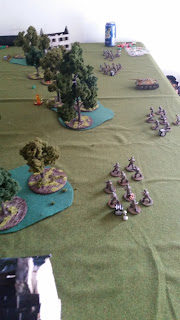 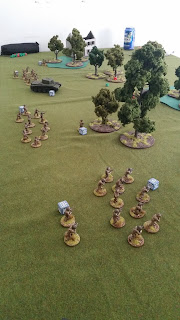 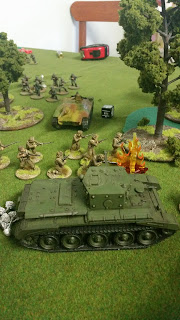 After grabbing the objective it all went terribly wrong when I rolled a horrible Artillery Bombardment result and basically wiped out everyone in this picture! 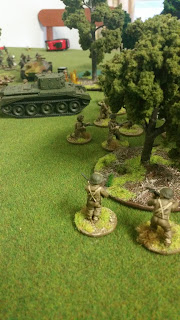 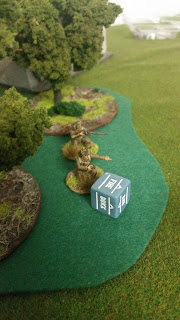 Another enjoyable game of Bolt Action.

Managed to get a game of Saga in today. A 6pt battle against my Brother's menacing Vikings. It was a was a heap of fun and I knew I was in for a good day when I got to deploy first due to having a stunning Beard!

I tried to use the battleboard to the best of my ability and use the Welsh in a way which I feel was more tactically sound. Last time I faced these Vikings (here) I didnt really stand a chance given my poor tactics. I have a tendency to use a very aggressive playstyle and it's just not how the Welsh should be played. Today as I mentioned, I played them in a much smarter way and used Hit and Run tactics more befitting the Welsh battleboard. While still learning at this point I think my Welsh will become a formidable opponent for whoever dares to challenge them!

The overall result was a victory for me, winning 13 points to 8!

The warbands were roughly as follows;

And a few photos from the day. Check out my brothers blog here for a batrep and some more/better pictures. 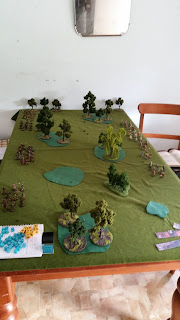 A shot of the Warbands before we start. 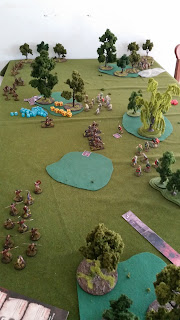 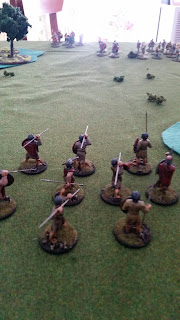 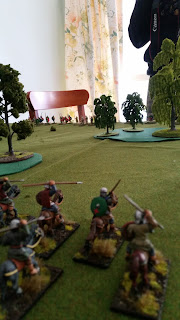 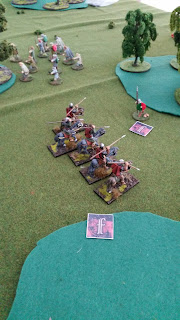 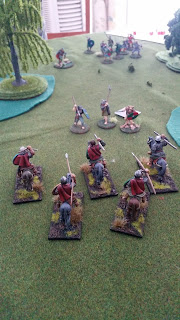 Hearthguard vs Berserkers. After realising how much of a threat these berserkers posed, I needed them gone asap. Lucky for me, I was able to survive an initial attack and pepper them down with javelin! 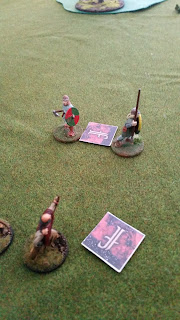 Levy just hung on after a crashing attack from the viking warriors. They actually managed to dish up some pain too which was nice! 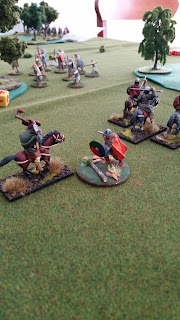 A cracking game that has left me keen for more! Cheers.
Posted by Nate at 3:43 pm 5 comments: